I think there is a quiet understanding in the motorcycling community that it isn’t a matter of if you are going to go down, it’s when.  There are likely very few people that make it through the entirety of their motorcycling journey without dropping their bike in some fashion at least once. Heck, I got my first whoops out of the way early on.  One night around the fire pit, I was told by a fellow rider of a long standing superstition that you have to de-magnetize your gear as soon as you get it.  Those brand new gloves, throw ’em on the ground and stomp on them. The jacket, go ahead, just do it. WAIT! Don’t do it to the helmet, you can just sit it on the ground, that’ll do . . . now, don’t you feel safer and not like a giant magnet?  The theory is that your new gear has already touched the ground, so it will not be drawn to it, causing you to crash. It’s kind of like other superstitions like walking under a ladder, not stepping on cracks, or opening an umbrella indoors. While we might think these are complete hooey, some of us still avoid doing them anyway, just in case. Despite our best efforts to ward off any bad juju, crashes happen, and when they do it can be life changing, and not just for the person who’s doing the crashing.

So far 2004 was off to a good start with two successful track days under my belt and a few more already in my sights. It was now April, and the sleepy mountains were beginning to wake up and become full of life again, with blooming foliage and the trickling in of vacationers. I was helping Darryl more with the photography business and accepted a job with Tail of the Dragon as a housekeeper for their rental units, filling online orders, and delivering merchandise to local stores.

It has been a while, so I’m not sure how the next events came about, but I know how things turned out.  It was nearing the end of April and the rental houses were full.  There was a team of people there to produce a documentary/video riding supermotos on the dragon, and we were asked to be a part of it.  This is when I met Mike aka “Shakes” and Matt, along with the crew that came with them.  They had a box truck filled with bikes, race gas, funky colored tires, random bike parts, and camera gear. They had it all stuffed in that truck.

In 2004 it wasn’t the scene on the Dragon that it is today. On weekdays the road was much more deserted, giving us the perfect opportunity for filming. This would be among the first of many filming projects we would be asked to be a part of over the years, and probably the one that has had the biggest impact on me/us.  Having better road knowledge, Darryl helped them get set up in places to get the best angles.  The day before filming was to begin, they fitted our bikes with colored tires. Darryl got a grey one to go with his silver bike, and I got a red one.

The sound of those KTMs bounced off the mountains as the guys rode back and forth, again and again. They’d take breaks to review the footage and move on to a new location.  After a couple of days, the KTM supermoto bikes really had my attention. I was still on my first bike, the CBR 600 F4, and not yet at the one year mark in riding, but these bikes and the way they moved intrigued me.   At one point we needed to retrieve a vehicle that had been left near the state line, so I volunteered to ride passenger on the KTM to the car and ride the bike back.  I was nervous. I had only ever ridden two bikes, my F4 and Darryl’s CBR 600 F4i, so the supermoto was going to be a completely new experience for me, and I was up for it.  I swung my leg over the bike and wrapped my arms tightly around Shakes to hold on. After all, I had just been watching this guy wheelie, drag a knee, and be an all out hooligan, and here I was jumping on the back of a bike with him.  This bike was not designed to carry two people, meaning there were no passenger footpegs. We had a ride of about 7 miles in front of us with me holding my legs up enough for my feet to just skim the ground at times.  We didn’t go slow, but we didn’t go full out either. It was a fun comfortable pace, and I was having a blast, even though my legs were starting to scream at me in pain. It was worth it to get to ride that supermoto.  It was tall and my feet could barely reach the ground. This was the first time I was ever on my tiptoes on a bike, and I was about to be turned loose on this beast.

It was very different than the sportbike I was used to riding. It was much taller, more narrow, and lighter. After a few turns, I was starting to find my rhythm and settling into the bike. That tall, skinny KTM seemed to be on rails. It was effortless in the turns, and smoother than a hot knife through butter.  I couldn’t believe the difference in my confidence level on that bike. I was sitting on cloud 11 again with a smile ear to ear.  While I would have taken off and kept riding, the guys still had filming to do with that bike, so I reluctantly returned it to them. I was so thankful for Shakes letting me take it for a spin. That act of kindness, had a big impact on my riding in the following years.

We were nearing the end of filming, and things had gone pretty smoothly. The guys had been going back and forth for hours each day, burning through tank after tank of gas.  The photo and video people were positioned so that we mostly stayed out of each other’s shots, while still being able to be near one another.  I was just around the turn from Keith, who worked weekends for Darryl at the time, and the video crew.  I could hear the bikes screaming toward us. My eye was fixated through the viewfinder on the camera, ready to take photos as they zoomed by. My heart pounded when I heard one of the bikes chop the throttle, followed by the sound of the metal and plastic hitting the pavement.  Darryl had trained me to keep taking photos if there was a crash, and that there isn’t anything you can do in that moment to help, so my eye was still locked on that viewfinder.  I was just around the turn enough that I didn’t see the bike go down, so I didn’t know who it was.  One orange bike came into view, then a second orange bike, and that’s when the light bulb when off . . . oh shit . . . it was Darryl who crashed.

I think my finger was still pressing the shutter button as I ran as fast as my legs could possibly move toward Darryl laying in the ditch.  Another camera guy and Keith were already by his side.  This wasn’t the first wreck I had been exposed to. I had come up on and witnessed a few, and I was already being called a Gap Angel by some, because I was constantly finding myself helping downed riders.  But this time was different. This wasn’t a stranger who I would help pick up their bike and send them on their way. This was Darryl. This was the guy I was dating, someone close to me. My heart was racing, not knowing what kind of scene I was running full steam toward. That’s the moment I knew how much I cared for him.  As I kneeled by his side, I was relieved to find him conscious and talking. I didn’t see any blood, no limbs turned in unnatural directions, but he was still injured. There were people in the crew that had first responder training, who had come along in the event that a crash did happen.  We evaluated his injuries and determined it wasn’t anything serious, but he would need to go to the hospital.  Knowing it would take 10-15 minutes to get the call out, wait 45 minutes to an hour for the ambulance to arrive, and then be on the way to the hospital, we opted to transport him ourselves.  The guys used a loading ramp as a backboard and slid him into the bed of the truck. Thankfully it was not raining at the time, but the sky did not look friendly. I rode in the bed of the truck with Darryl, along with Shakes, all the way to the hospital in Bryson City.

Keith had been perfectly positioned to capture the crash in action. That crash sequence made the rounds on the internet in all the forums at the time and spurred the name for the dvd they were filming, “Bit by the Dragon.”  We had the camera with us at the hospital and mentioned it to the ER doctor, who was fascinated by the photos.  He’d never had a patient come in with footage of their wreck.  After a few hours at the hospital, the final word was a broken  left clavicle (collarbone), broken tip off the left shoulder blade, and a fractured left ankle. Needless to say, filming wrapped up at that point. They had what they needed, as they had recorded hours of action packed footage.

I stayed the night with Darryl that night for the first time, and I agreed to stay a week or two to help out and play nurse, because he was having difficulty getting around. As time passed and Darryl healed, my parents started to ask when I was going to come back home. “In another week maybe,” I’d tell them.  My parents finally stopped asking as I retrieved more and more items from their house.  I moved in to help him recover and never left, LOL. While it was Darryl who had the crash and the injuries, the impact it had on me was huge. The emotions I felt when I didn’t know if he was okay, suddenly moving out of my parents house, and moving in with a guy I had only known a few months. My world changed that day. Even though it was a seemingly bad thing, wrecking and being injured, it turned out to have a happy ending. 17 years later, and we’re still together. Who knows where life would have taken us, if he had not wrecked that day, and I had not moved in with him. It’s a reminder to look for the good, even in the worst situations. 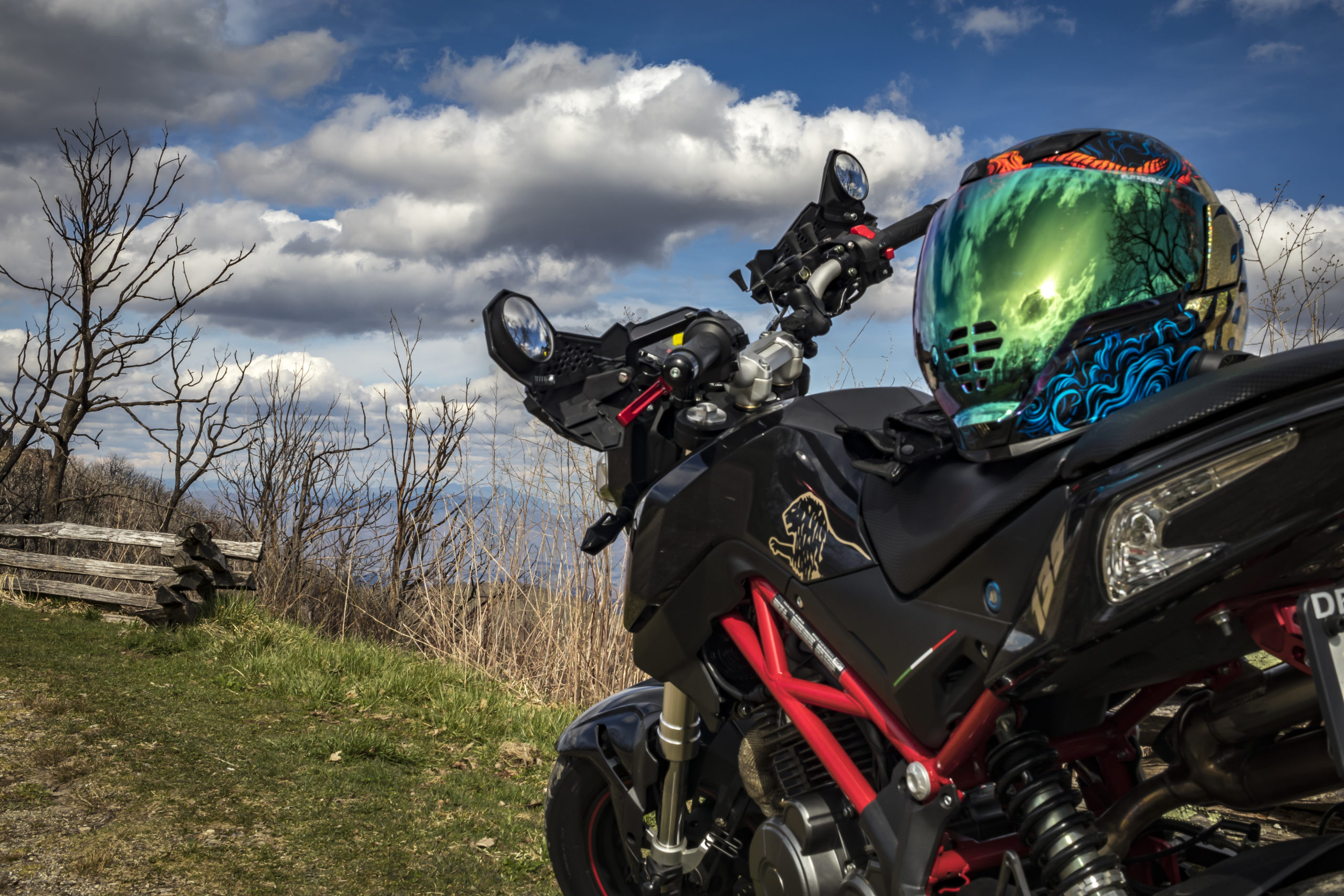 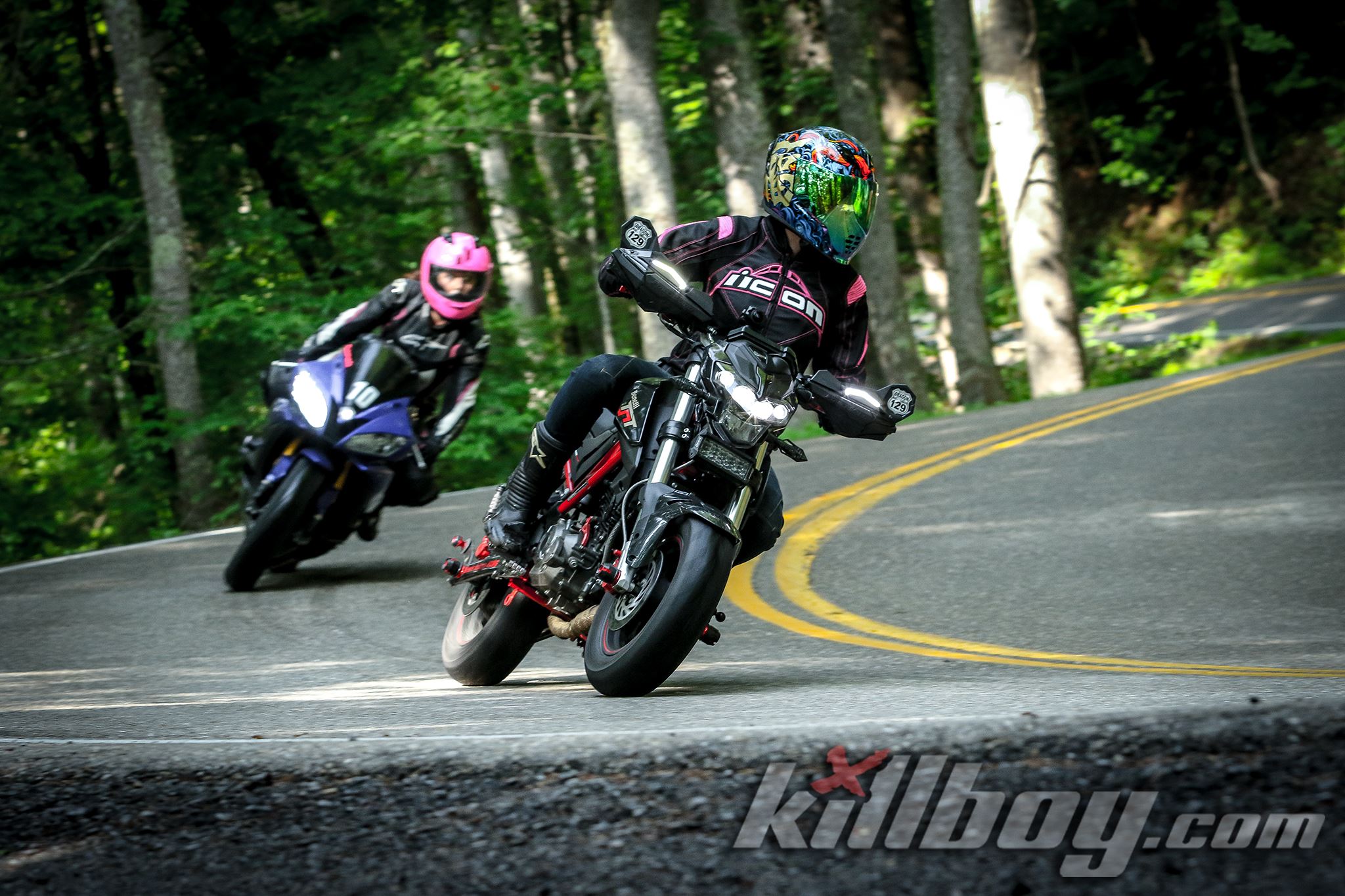 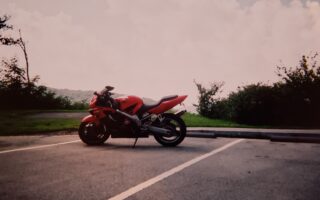