Back home from the trackday, I would begin to experience a new part of being a motorcyclist, winter.  Darryl and I would keep a close eye on the weather, looking for any days above 50 degrees for at least a few hours. We would time everything up, so that we would be ready to ride out as soon as the temps started to rise, and when they would start to fall we would make our way home before the sun went down.  Often times pulling over so that we could warm our hands on the exhaust, to fight off the deep chill just a few minutes longer.  You know that chill, the one that starts just under your chin, runs along your jawline, behind your ears, around the base of the skull to the back of your neck, and shoots up your spine into your brain, giving brain freeze a whole new meaning.   *side note: I recently figured out that if I put Hot Hands hand warmers in my helmet, behind my ears, it really helps fight off that chill.

At this point the cold winter blues were starting to set in, I was missing the warm nights of the previous summer and riding till even the forest animals had gone to sleep. Laying on the ground at the overlook watching for shooting stars.

Longing for warmer weather and to be back on my bike, I jumped at the chance to head south in March.  Just 4 months after my first trackday and a winter that seems to last longer than Game of Thrones, I found myself back at Jennings GP in Florida.  I had been riding around 9 months at the time.  I was still on a confidence high from being there just a short time ago and getting my knee down for the first time.  I wondered, would I be able to do it again?

There were a few familiar faces at the track and a few new ones.  I was there to help Darryl to photograph the bikes and ride a little too.

I was still wearing that ill-fitting black, non-perforated suit. At the time manufactures were not making the most flattering women’s cut suits, not that I could afford anyway. Having no other option at the time, it made me really appreciate how far gear has come for women and all riders in general.   While I was wearing a leather suit, I would likely have had rash from rolling around inside the suit ( yes that’s a thing ), so proper fit is very important.

I was ready to get back out on the track, the last trip had gone so well, I really hoped for a repeat performance. I was back out in the novice group, I was technically still a novice, although I totally felt like I was a pro at this point, where’s my sponsors at Yo!?  But for real, I was thankful to be able to ride with and watch an excellent teacher, Mark S.  It was like he was one with the bike, there was no separation between then when those wheels were rolling. I hung around in the novice group way longer than I need to, just so I could learn from him. I would watch him with other riders, listen to the advice he’d give, and do my best to take it all in.

Once the novice group was turned loose, I was back out there, finding my grove again. After a few laps around the track, I found my knee kissing the pavement again, in the same turn, again and again. Apparently that left hand turn was my favorite. If there is a cloud 12, I was on it after that weekend.

About 4 weeks would go by and I would find myself at a place called “Little Talladega” or “Little Tally” for short, it was close by to the famous NASCAR track, Talladega Motor-speedway.   Having grownup in a NASCAR family in the 80’s and 90’s, I was familiar with what Talladega Motor-speedway was ( this was before the movie “Talladega Nights” btw). This was my first time visiting a new track, the confidence from the last trackday quickly turned to nerves as we approached the track.  The abundance of friendly and familiar faces put my mind at ease a bit.

I was back out there, following, watching, learning. I was in every class, listening to the advice specific to that track.  I was eager to be turned loose again, which usually came near the end of the day, for the novice class.

I quickly decided that  the bowl turn in the back was my favorite and was left-hander for the direction we were running the track that day. Once they let us go, I was ready to gallop but all my bike wanted to do was trot. It was not happy at all, running on maybe three cylinders most of the time, you would have thought I had a boxer motor in that bike somehow, the way it sounded spitting and sputtering. I really should have spent the money on new jets for that bike.

Even with a bike that was less than enthused to be running, much less putting in laps around a track, I was working with what I had and having the time of my life. I wasn’t letting a bike that wasn’t running top notch ruin my day, I was all smiles every lap. That is until I felt my rear tire start giving way on me. I was in my beloved bowl turn, would it also be the scene of my first crash?

While I had not been a motorcyclist long, less than a year, and I’d had the opportunity to listen to riders much wiser than myself talk about sticky situations and how they got out of them. Hey, if it worked for them, it could work for me right? What did I have to lose, all signs pointed to I was for sure going sailing if I didn’t try to save it.  So as I was lower and lower to the ground, my left knee kissing the pavement, I pushed down on to my knee with all my might. I had a solid vision in my head of me somehow pulling out of it, and at that moment I felt the bike come back up, and I was transitioning into the right hand turn that was next.

I had managed to not crash, I was a bit stunned and impressed with myself, so I passed by pit-in and kept going. I was feeling pretty good about myself, I had just pulled off something pretty cool. That’s when an instructor on an orange Ducati flew by me, turned around and patted his tail section. When an instructor would pat the tail section of the bike while in front of you, that meant to follow them and pay attention to their line.  Ah, he must have witnessed my little mishap back there and wanted to show me the correct way to navigate that turn.  I followed his every move and when he patted his tail section again and signaled to pit it,  my heart sank like I’d just hit an iceberg.

I had not met this instructor at either of the previous trackdays, he pulled me to the side of the pit lanes, gets off his bike and walks back to me,  I thought I must have been in some kind of trouble to warrant this much attention. My heart sank just a bit deeper into the cold abyss.  I believe his first inquiry was how long I had been riding, to which I replied 9-10 months. Then he asked what my experience level was, to which I replied that I had never in my life rode a motorcycle before the previous year.  He had witnessed my save in the beloved bowl turn, and was curious why I was in the novice group.  I liked the novice group, it felt safe to me, plus after three trackdays, I don’t think I was mentally ready to move up a class.  With my bike still giving me fits, I packed it in soon after that, I figured it was best to end on a good note.

From a young age I would watch and listen to my parents while they worked, picking up little bits of knowledge here and there. This carried over to young adulthood and likely aided in me not becoming a lawn dart that day. Learning to ride at the Dragon and sitting around with riders that were much more experienced than me, I would listen to them talk.  The guys would have conversations when we would sit around, talk about riding that day or days gone by. Things they did to save it when it was certain they were going to crash. I learned a lot, just by listening to them talk in a ” campfire” setting, where they would be real with intimate details of what was going on in their heads, what emotions they were feeling, and how they pulled through in most cases. The passion and joy they would speak with could spark a fire.   It was by listening to them and storing that information that I knew what to do, or what to try anyway, and in that moment it worked.

The new year was off to a fantastic start, I was beyond excited for the coming year as a motorcyclist. What new adventures and opportunities would it hold? 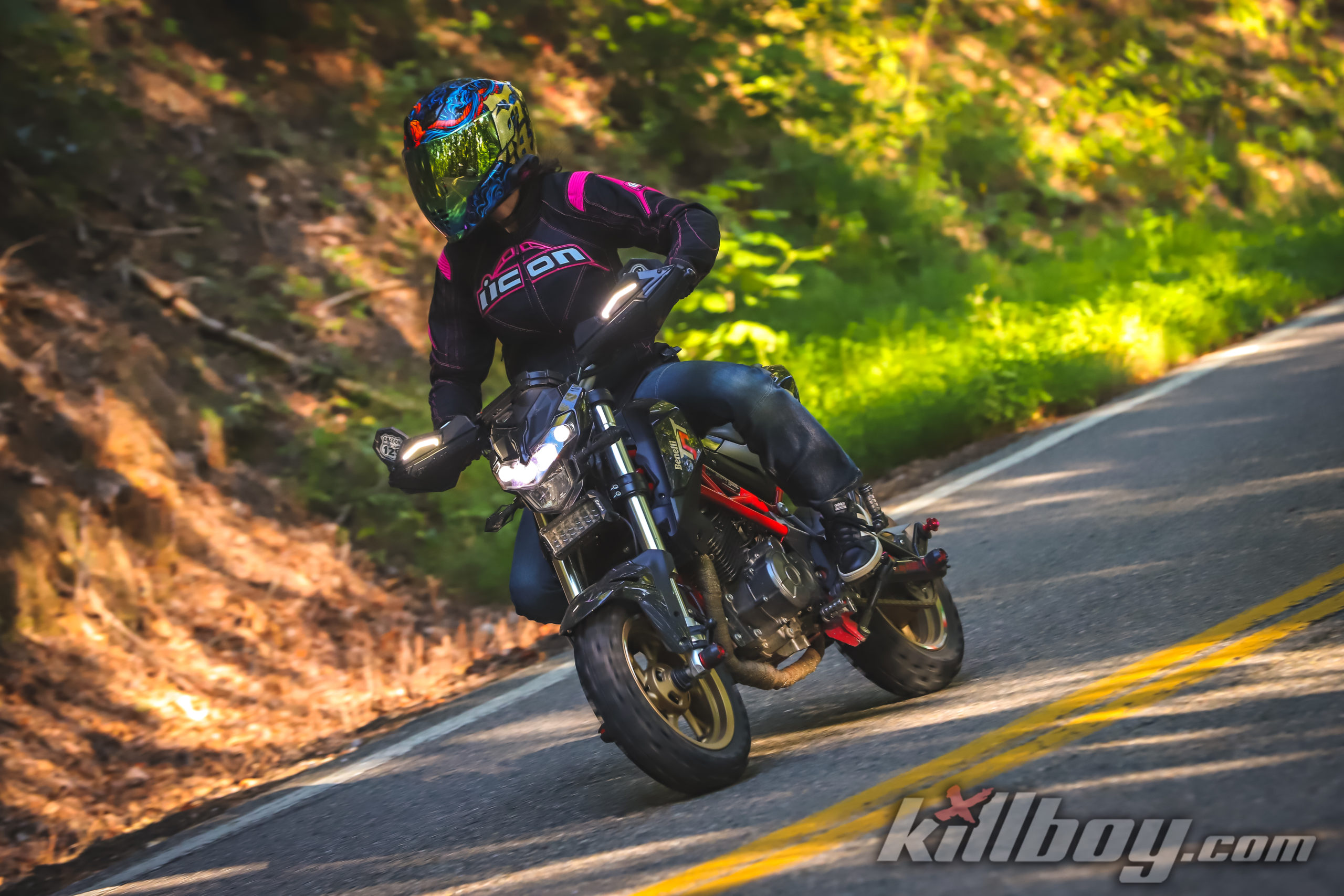 Telling my story of how Trust and Self-Love Brought Me Back to Motorcycling. 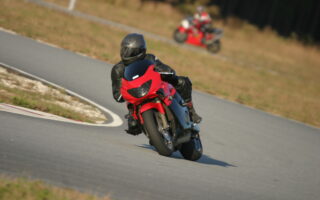